Slavery debates in the seventeenth-century Dutch Republic: Misinterpretations of the Torah?

In the seventeenth-century Dutch Republic, there was a theological debate on slavery and slave trading. Is slavery and slave trading morally legitimate? At the heart of the debate were the Voetians and the Cocceains. The Voetians argued that the Biblical verse: “Thou shalt not steal” (Exodus 20:13) delegitimised the institution of slavery, as it implies that no one can steal and sell another human being. On the other hand, the Cocceains argued that this verse did not apply to all humans, but only kidnappings among the Jews. To support their argument, the Cocceains turned to the Mishneh Torah, a code of Jewish religious and civil law, which states:

Whoever kidnaps an Israelite, transgresses the negative precept: thou shalt not steal.

If the Cocceains were Christians, from where did they get this interpretation? Why did they rely on the Mishneh Torah and use the Jews’ interpretation of this verse to present a counter-claim to the Voetians?

Johannes Cocceius, who lead the Cocceains, was an avid Hebraist. He had translated Mishnaic tractates Sanhedrin and Makkoth in 1629. These two tractates from the Talmud, the anthology of Jewish jurisprudence, deal with civil laws, capital punishment, and intricacies of the judicial system. In Cocceius’ De Ratione, chapter eight, he demonstrates his familiarity with seven Jewish exegetes, including: Saadia Gaon (882–942), Isaac Abarbanel (1437–1508), Rashi (1040–1105), Naḥmanides (1194—1270), Gersonides (1288—1344), and Radaq (1160–1235). In the Talmudic tractate Sanhedrin, the question of the legitimacy of slavery is addressed:

Cocceius interprets this passage in a way that supports his positive stance on slavery. He argues that this verse only applies to an Israelite selling another into slavery. Moreover, Cocceius held that the Dutch are God’s selected people, and like John Calvin, that spiritual freedom is superior to physical freedom. Hence, as “Spiritual Israelites,” Christians should not enslave one another. Cornelius van Bynkershoek (1673—1743), the Supreme Court judge of Holland, Zeeland, and West Friesland, attested to this fact:

…even if enslavement in Europe had fallen into ‘disuse among Christians’: we might still make use of it, if we so desire, and the Dutch usually sell as slaves to the Spanish the people of Algiers, Tunis, and Tripoli…that they capture, for the Dutch do not use slaves except in Asia, Africa, and America.

While this answers the how, why did the Cocceians rely on rabbinic sources to make their claims on slavery and slave trading? The seventeenth-century Dutch Republic saw a new wave of scholarship among Protestant groups in Western Europe, namely the respublica Hebraeorum (Hebrew Republic) tradition. Edwin Rabbie (1994) asserts that the great Christian Hebraists of the Renaissance had Jewish mentors and tutors. These Jews were all baptized Christians, serving as the sole available source of Hebraic knowledge, until the mid-seventeenth century, when Christians taught other Christians post-biblical Hebrew. Moreover, some Dutch Christian Hebraists maintained communication with Sephardic rabbis, such as Hugo Grotius (1583 -1645), Adam Boreel (1602—1665), Isaac Vossius (1618—1689), and Gerbrand Anslo (1592 – 1646). Ultimately, the seventeenth-century Dutch Republic harbored a plethora of Christian Hebraists, who sought to understand Christian faith through the eyes of the Jews. Thus, as Cocceius and his students delved into the world of rabbinic literature, they discovered and synthesised doctrinal material to establish theological claims and arguments for slavery and slave trading. 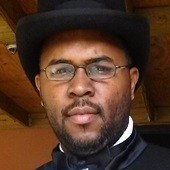